A Big Problem That Most Motorists Will Face In Their Life

Have you ever pulled up to a petrol station forecourt and forgotten what side of the car the filler neck is on? What about reaching for the wrong nozzle and putting the wrong fuel in a car? This problem probably happens more than you would think, on average it is happening once every 4 minutes in the UK alone. Putting petrol in a diesel car is the most common of mix-ups to make as both the petrol and diesel nozzle will fit comfortably in a diesel vehicles filler neck.

This simple mistake is causing havoc to motorists up and down the country as their cars are slowly being filled with the wrong fuel. Putting petrol in a diesel car is by far the most popular as opposed to putting diesel in a petrol car and this is because in the UK the diesel nozzle at all fuel stations is slightly bigger than the petrol one, thus preventing it from being placed into a petrol cars filler neck. However not all car manufacturers put the smaller filler neck on their vehicles, this has made it possible for some motorists the put diesel in a petrol car.

Putting petrol in a diesel car happens so often in the UK that there are now many independent mobile fuel drain companies that will come out and drain the wrong fuel from your car and get your car going again without the need to visit a garage. They will come out to your location and drain your vehicle on-site, this saves the motorist time and a lot of money.

Putting the wrong fuel in a car is an easy problem to resolve if the vehicle has not been driven with the wrong fuel. If this is the case, then the vehicle simply needs to have its tank drained and then the correct fuel to be placed back into the vehicle. However, if the vehicle has been started with the wrong fuel inside it, then the incorrect fuel would have travelled to the engine and started to infest itself and will begin to wear down critical components in the fuel system. These components will eventually wear down to a point where it will make the vehicle not be able to run or to run but very poorly. To replace these components could run into the thousands and could even mean a whole new engine will need to be fitted.

However, for catastrophic damage to happen, it will take a strong mixture of the wrong fuel and for the vehicle to be driven extensively. It is highly recommended to get the vehicle drained as soon as possible to prevent this damage for occurring. 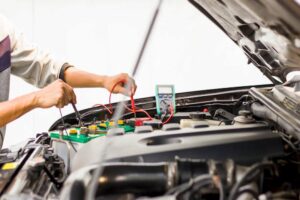 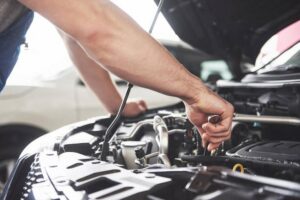 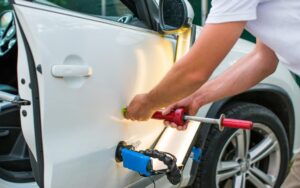 Auto repair services are crucial for your vehicle as they help keep them in moving and functional condition. Substandard service…

END_OF_DOCUMENT_TOKEN_TO_BE_REPLACED

BMWs are known for their superb quality, but as with anything mechanical, it does require some servicing. This blog will…

END_OF_DOCUMENT_TOKEN_TO_BE_REPLACED

Are you looking for a reliable transportation firm? If yes then we hope our article could do some help. Generally,…

END_OF_DOCUMENT_TOKEN_TO_BE_REPLACED
We use cookies on our website to give you the most relevant experience by remembering your preferences and repeat visits. By clicking “Accept All”, you consent to the use of ALL the cookies. However, you may visit "Cookie Settings" to provide a controlled consent.
Cookie SettingsAccept All
Manage consent

This website uses cookies to improve your experience while you navigate through the website. Out of these, the cookies that are categorized as necessary are stored on your browser as they are essential for the working of basic functionalities of the website. We also use third-party cookies that help us analyze and understand how you use this website. These cookies will be stored in your browser only with your consent. You also have the option to opt-out of these cookies. But opting out of some of these cookies may affect your browsing experience.
Necessary Always Enabled
Necessary cookies are absolutely essential for the website to function properly. These cookies ensure basic functionalities and security features of the website, anonymously.
Functional
Functional cookies help to perform certain functionalities like sharing the content of the website on social media platforms, collect feedbacks, and other third-party features.
Performance
Performance cookies are used to understand and analyze the key performance indexes of the website which helps in delivering a better user experience for the visitors.
Analytics
Analytical cookies are used to understand how visitors interact with the website. These cookies help provide information on metrics the number of visitors, bounce rate, traffic source, etc.
Advertisement
Advertisement cookies are used to provide visitors with relevant ads and marketing campaigns. These cookies track visitors across websites and collect information to provide customized ads.
Others
Other uncategorized cookies are those that are being analyzed and have not been classified into a category as yet.
SAVE & ACCEPT